Jim from www.TheLandExchange.com is back with a quick unboxing of a package from a land seller. Through this video, you’ll find out what selling land online to Jim looks like! It’s not just business – he builds a good relationship with the seller!

Joanne sold Katherine and Jim her land in Arizona and was kind enough to send along a package full of cool photographs, maps and brochures about the area.

Check out this video to find out what’s in the package! 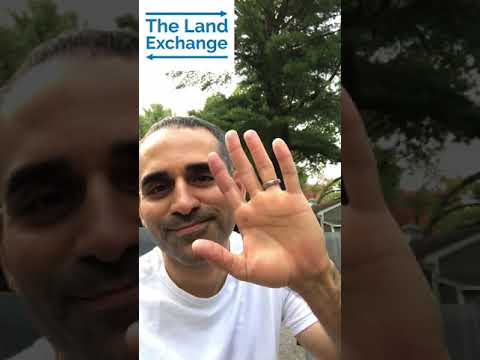 “Jim, hope all is well. I was going through some things and found this info on the land in Arizona. Thought you might like it. Sincerely, Joanne.” How cool is that? A handwritten note. And just look at some of this cool stuff. New Home Construction Marks Diamond Bell Progress. Spring/Summer 1974. Now you might not guess, but I was actually born after 1974. But look at this stuff. This stuff is just crazy cool. In And Around Diamond Bell Brand Ranch. I mean, just the coolest stuff. Bell Bulletin. I hope you guys can see that. It’s tough to shoot like a selfie video and this at the same time.

But basically the process worked awesome with Joanne. She was so nice. We developed such a rapport. She’s on the Christmas card list. So Joanne, if you’re watching, you’re going to be getting one. Just all these cool little pamphlets she sent me. So yeah, I mean, the reason why she sent all me this stuff is because we had talked… Look at this. Eight day package tour from Chicago, 300 bucks. I mean, I don’t know how old this is. For 300 bucks, you can’t even get a middle seat on an airplane nowadays. Navajos Build Homes, Learn at Same Time. 1971, LA Times. Crazy. So look at this. Nationwide News. And then she even gave me one of these old-timey maps of the area. So very cool.

So Joanne was so nice to send me all this stuff. She just sent it to me out of her own free will. I didn’t even ask. There’s just some more stuff down in here. Look at that photo. Photos. I mean, look at that. How cool is that? So one of the reasons why she sent me this, we had built up such a good rapport, such a good friendship. She had owned this land for years and she hadn’t been out there, but she kind of had all this stuff. And she says, “Why not sell it, take the cash, do something better with it.” So she ended up selling it to me and Catherine. And yeah, we’ve developed a good relationship and she’s going to get a card from us. She sent us this nice package.

So a lot of people are skeptical about selling land to someone online. Or they get a letter. They don’t know what it’s all about. But yeah, people like Joanne, I mean, we’ve developed a good relationship with her. And if you have any questions, don’t hesitate to reach out. You can just email me. You can just text or call the number that’s right there. And it’ll be me who answers the phone. This isn’t some call center in India. This is me. So anyway, hope you’re doing well. And if you have any questions on selling your land, just reach out. I’m here to help. Take care. Bye.